APE. At the Pulse of Light.

APE Angewandte Physik & Elektronik GmbH was founded in 1992 and employs about 70 people at present. Headquartered in Berlin, APE is a worldwide leading supplier in the field of ultrashort laser pulse diagnostics and tunable wavelength conversion.

The company is a hidden champion in the photonics industry: highly specialized, in the ultrashort pulse niche closely connected with users and customers, but for many rather unknown. However, due to its highly specialized focus on nonlinear optics, APE is a sought-after OEM development partner and supplier for laser manufacturers, microscopy companies and other well-known technology giants.

Today, the APE repertoire encompasses a large range of nonlinear optics equipment, from spectrometers to harmonic generators, from pulse compressors to quantum-dot single photon generation sources. Over the years, APE has built up an impressive array of more than 30 products entirely developed and produced within its headquarters in Berlin.

CEOs and Founder of APE 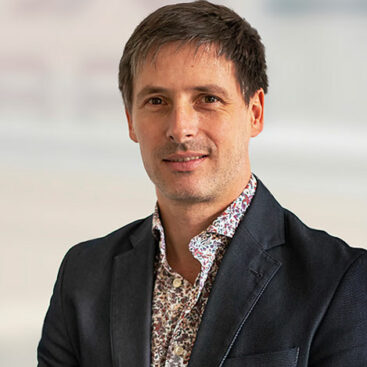 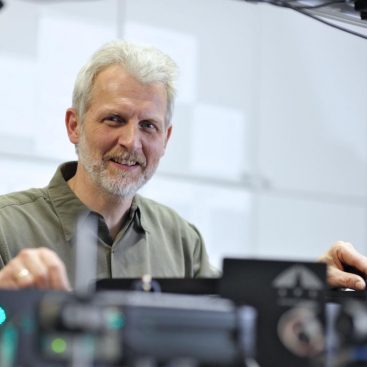 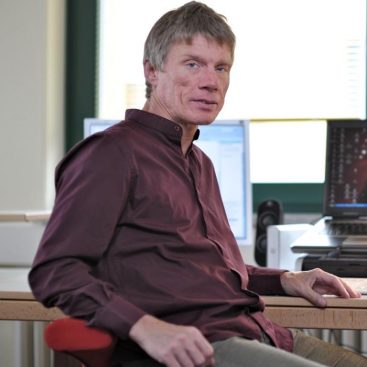 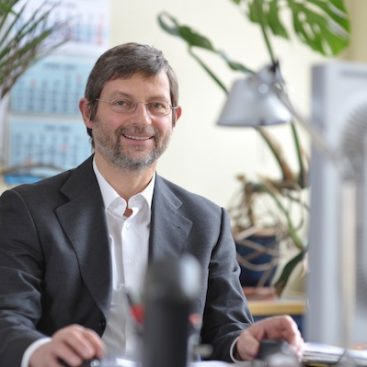 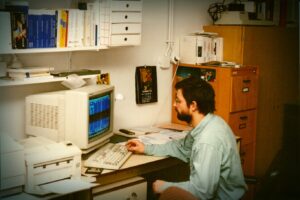 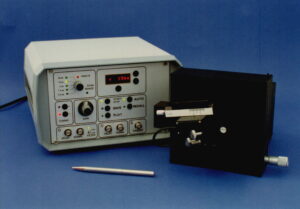 The company achieved resounding success with the development of its best-known product line – the autocorrelators, which are used for the pulse duration measurement of picosecond and femtosecond lasers. Those ultra-short pulse lasers have become an indispensable part of modern science, precision engineering and medical applications. Obviously, the (ultrashort) pulse duration is a key parameter here. Measuring and controlling this parameter is an important prerequisite to using this technology. APE autocorrelators are known for their accuracy and durability. It is not uncommon to find devices in use today that were manufactured 20 years ago. 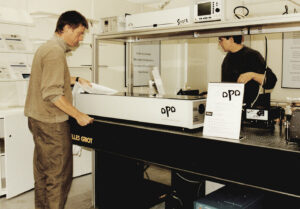 APE launches its first Optical Parametric Oscillator. In the 1990s, APE achieved its breakthrough in the tunable wavelength generation business with Optical Parametric Oscillators (OPOs) as part of a development alliance with a major laser manufacturer. OPOs from APE are beneficial for the use of special dyes in multiphoton microscopy. An OPO even makes it possible to excite two dyes at two different wavelengths simultaneously. 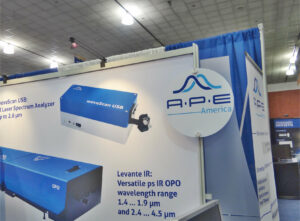 Three years after the company was founded, APE participates for the first time at an exhibition in the USA.

With the installation of cleanrooms APE can now ensure that all particles remain outside the production facilities. The cleanrooms attract new business opportunities, especially in the industrial-grade equipment portfolio. 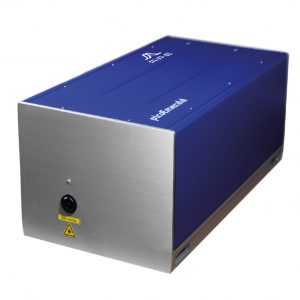 Equipped with a new dispersion management system and the integrated temporal overlay of two laser beams with different wavelengths, the picoEmerald is a major innovation in the field of Coherent Raman laser sources.

Foundation of APE America: Applied Physics & Electronics, Inc. has been established in Fremont, California. Through its association with APE Angewandte Physik & Elektronik GmbH in Berlin, Germany, the new company is a technology leading supplier of optical parametric oscillators and tools for ultrashort pulse management and diagnostic. 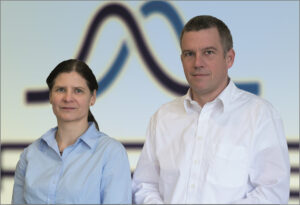 APE gets two new CEOs: The founders of APE appoined Cornelia Glaeser and Bodo Richter to take over the chief executive role. Cornelia joined APE in 1993 and was responsible for Finance & Controlling. Bodo worked in various positions at APE, most recently as production manager. The founders of APE remain in the company and will focus on technical innovation. 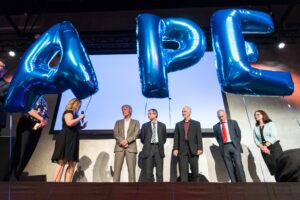 APE 25th anniversary: APE celebrates its 25th anniversary, holding a special celebration for employees and family members. The headquarters in Berlin was established 1992. 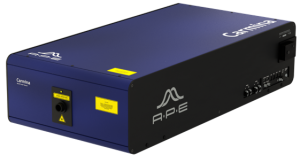 APE creates Carmina, the first ever integrated MIR laser providing both broadband and narrowband emission. In combination with Brukers nanoIR3, researchers can now utilize the system’s unique capabilities to make new discoveries in a broad range of research areas, including 2D materials, biological samples, catalysis-based applications, and polymeric materials in spectral regions not previously accessed before. 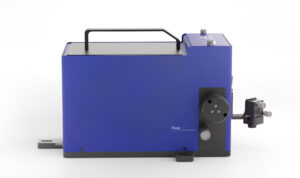 A generational change in laser pulse duration measurement: APE relaunches one of its most important products. The pulseCheck NX takes the previous pulseCheck and makes it even better, improving on every aspect to deliver powerful autocorrelation measurement performance. 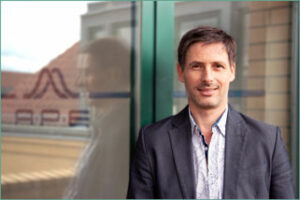 On March 9th, 2021 Dr. Konrad von Volkmann was appointed as new CEO of the company. He has been working for APE since 2010. In his latest function he served as director of R&D together with Dr. Ingo Rimke, who will continue to lead the R&D department. Find more information here.