More general information about the tuneable picosecond laser picoEmerald can be found here. 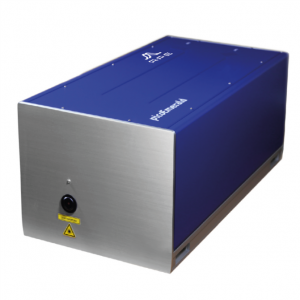 CARS & SRS in a Single-box

The light source is the most crucial and complex component of a SRS or CARS microscopy system. Proper setup and calibration are essential for  accurate and reproducible imaging. picoEmerald is a turn-key system combining user-friendly automation features and the utility of open-architecture light sources in a single box.

Setup and Use with Microscopes

picoEmerald is compatible with nearly all popular confocal microscope systems. The current publication list names at least those configurations:

By integrating SRS and CARS technology into Leica’s confocal SP5/SP8 microscopy system, Leica Microsystems has tightly integrated the picoEmerald into their LAS AF system software. Similary tight software integration is also available with Thorlabs’ multi-photon microscopes. Software integration into other third-party microscopes or home-built setups is also supported. Ethernet TCP/IP and serial RS232 interfaces are available with picoEmerald for this purpose. APE’s user-friendly automation combined with a graphical user interface (GUI) also makes it convenient when using picoEmerald and microscope as independent instruments, without the need for software integration.

Stimulated Raman Scattering (SRS) is based on the effect that excited molecules emit spontaneous Raman scattering, SRS is a further development of CARS. In the event of two different laser beams with a frequency difference which matches the vibrational frequency, the Raman signal will be amplified. So this process is not spontaneously anymore, it is stimulated.

The different intensities between input Pump beam and output Pump beam are very low. So low, that the true measurement signal is lost in the noise. To measure this difference, the lock-in technique is used. For this the Stokes beam is modulated to a fixed frequency by an Electro-Optical Modulator (EOM). APE has integrated such EOM into picoEmerald.

Unlike CARS, SRS provides results with no non-resonant background. The assignments of CARS spectra are more complicated and thus the interpretation is more susceptible to errors. SRS is based on spontaneously Raman scattering and so the obtained SRS spectra are almost identical with spectra of spontaneously Raman scattering. Furthermore, SRS signal is directly linearly dependent to the concentration. 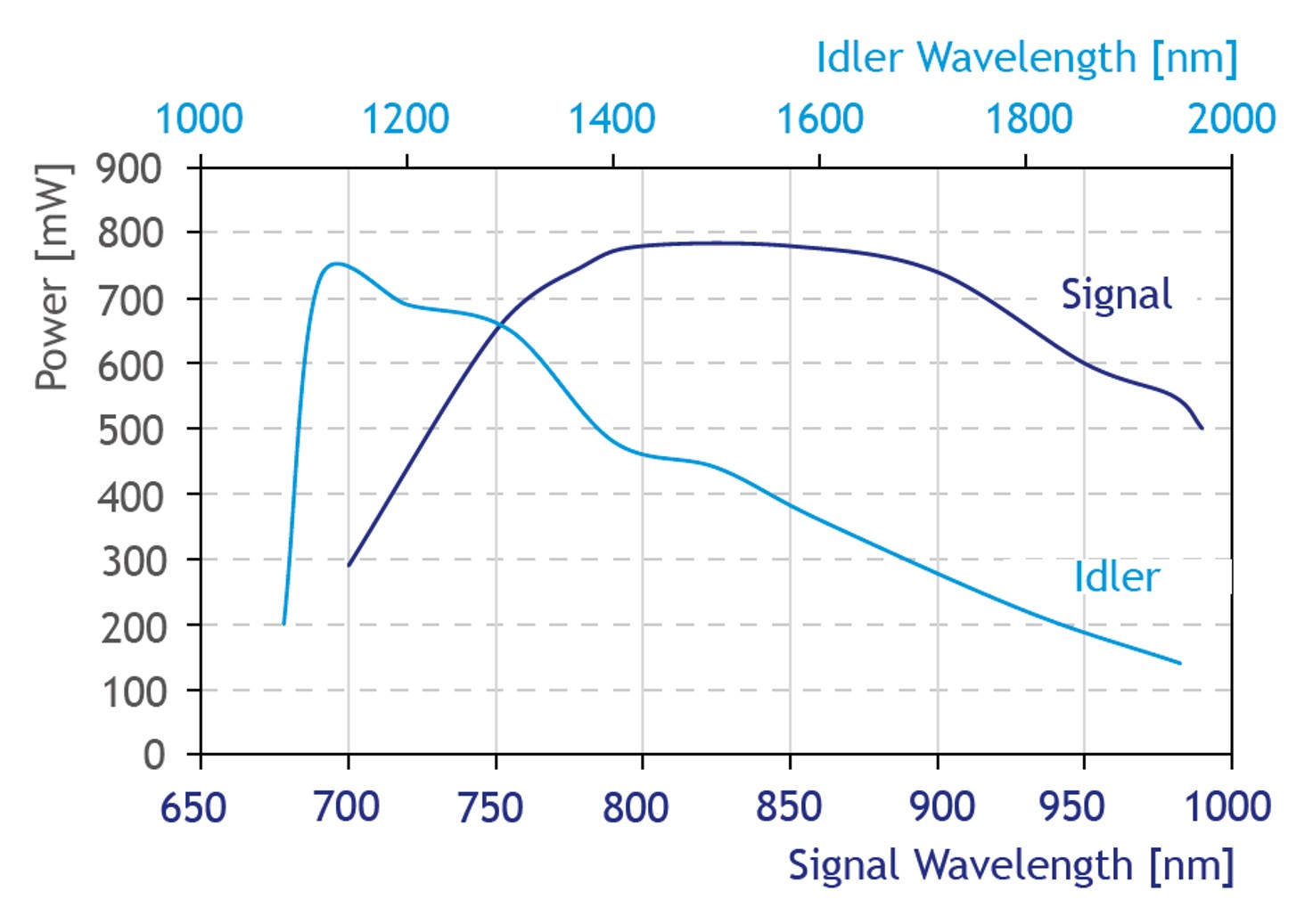 Above: Typical Signal and Idler power vs. wavelength 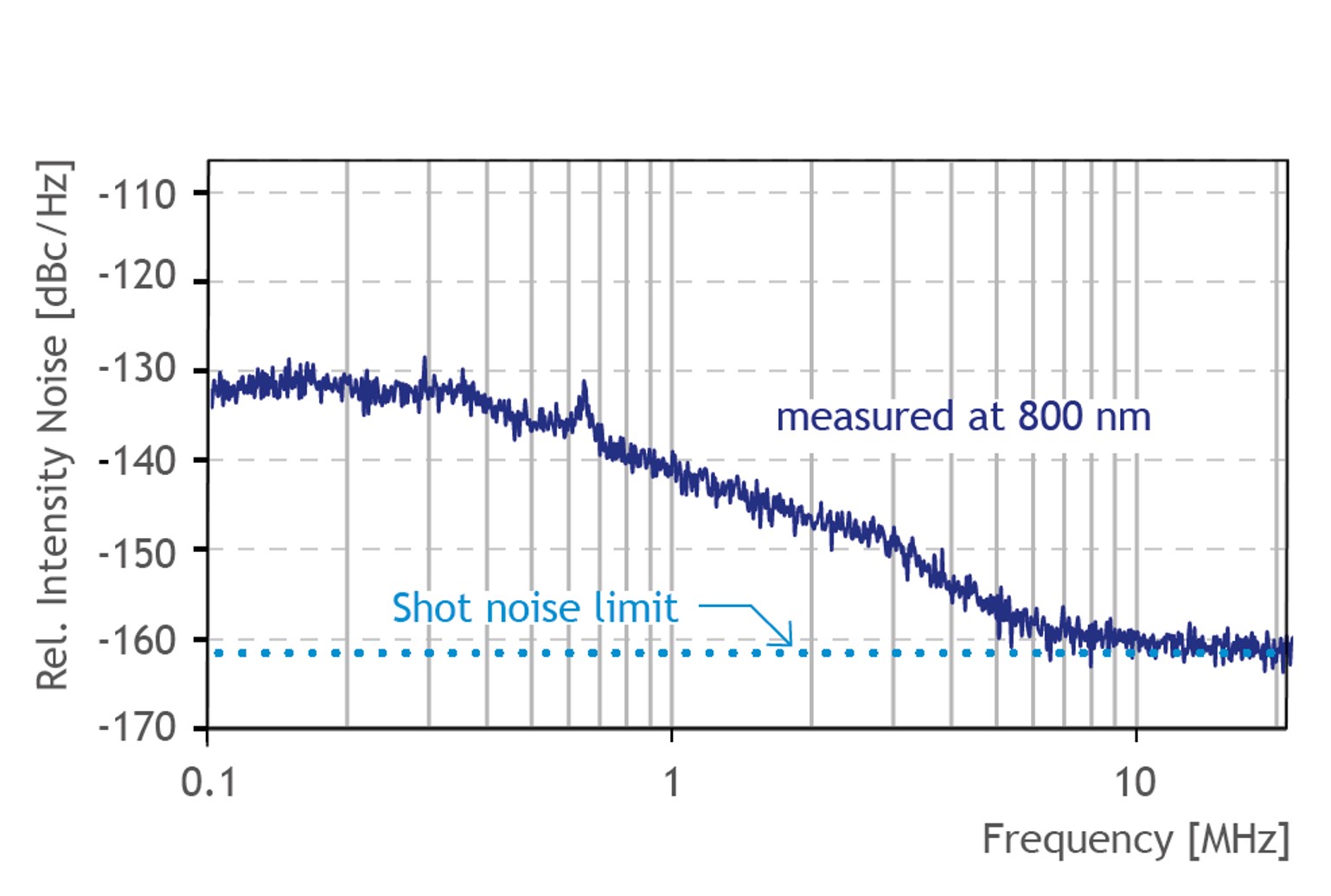 The light source is the most crucial and complex component of a CARS Coherent Anti-Stokes Raman Spectroscopy or SRS Stimulated Raman Scattering system. Proper setup and calibration are essential for accurate and reproducible imaging. picoEmerald is a turn-key system combining user-friendly automation features and the utility of open-architecture light sources in a single box.

We use cookies to ensure that we give you the best experience on our website. If you continue to use this site we will assume that you are happy with it.Ok